As interest rates rise, homebuyers are discovering that they can’t afford as much home as they could have just a few years ago. The 30-year mortgage rate recently stood at about 4.6%, according to a BankRate survey of national lenders, the highest rates have been since 2014.Should mortgage rates continue higher, buyers may have to save more for a larger down payment or simply buy less expensive homes, as each marginal increase in rates has a big impact on how much you can borrow.

The Math Behind MortgagesTypically, people use a mortgage amount and interest rate to calculate a payment. Instead, we’ll be working backwards, using a mortgage payment and interest rate to determine how much you can afford to borrow.But first, we need to set a baseline. I’ll use $200,000 as the mortgage amount in this example, since it approximates about how much you’d need to borrow to buy the median home in the United States. With a 30-year mortgage at 4.6%, borrowing $200,000 would set you back about $1,025 per month in principal and interest payments. That’s simple enough.But what if interest rates rise 0.50% or fall 0.25%? How much could you afford to borrow then, assuming you wanted to keep the same $1,025 monthly payment? The chart below shows how changes in the interest rate affect how much you can borrow. 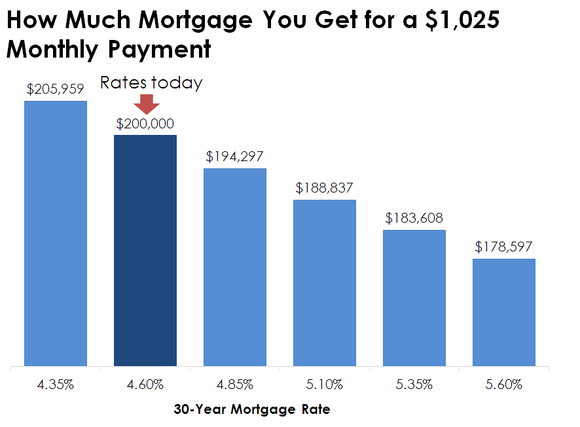 Each bar in the chart represents a quarter-point change in 30-year mortgage rates. A drop in rates (move left) would increase the amount you could borrow, whereas an increase in rates (move right) would reduce the amount you can afford to borrow.A Rule of Thumb for Mortgage RatesA rough rule of thumb works pretty well: Each quarter-point swing in interest rates, up or down, changes the amount you can afford borrow by about 3%. If rates were to increase by 1 percentage point, then you’d have to decrease the amount you borrow by about 12% to get the same monthly payment.This approximation can be handy when you think about how a change in interest rates might affect your ability to afford a home in a certain price range. If you wanted to borrow $250,000, but mortgage rates rise 1%, you might have to start shopping for a mortgage around $225,000 or increase your down payment by about $25,000 to keep the monthly payment the same.

A Drag on Housing Prices?One big question mark is how rising rates might affect housing affordability and ultimately the value of American real estate. Obviously, interest rates aren’t the only thing that affects home prices. On a local level, population growth, crime rates, proximity to employers, incomes, school districts, and other factors play an important role in what a home is worth.But the one thing that affects home prices all around the country, whether it’s a condo in New York City or a ranch in Minnesota, is the price of money, or interest rates. Should rates rise to such a degree that monthly mortgage payments rise faster than incomes, rates would act as a drag on home price appreciation.Rates on 30-year mortgages peaked at more than 18% in 1981, but have been on a general decline ever since, acting as a subtle, but important, tailwind that helped drive housing prices higher and higher. That long-established trend seems set to reverse, and it’s not inconceivable that borrowers may have to settle for a little less home than they would otherwise prefer if mortgage rates continue to trend higher. 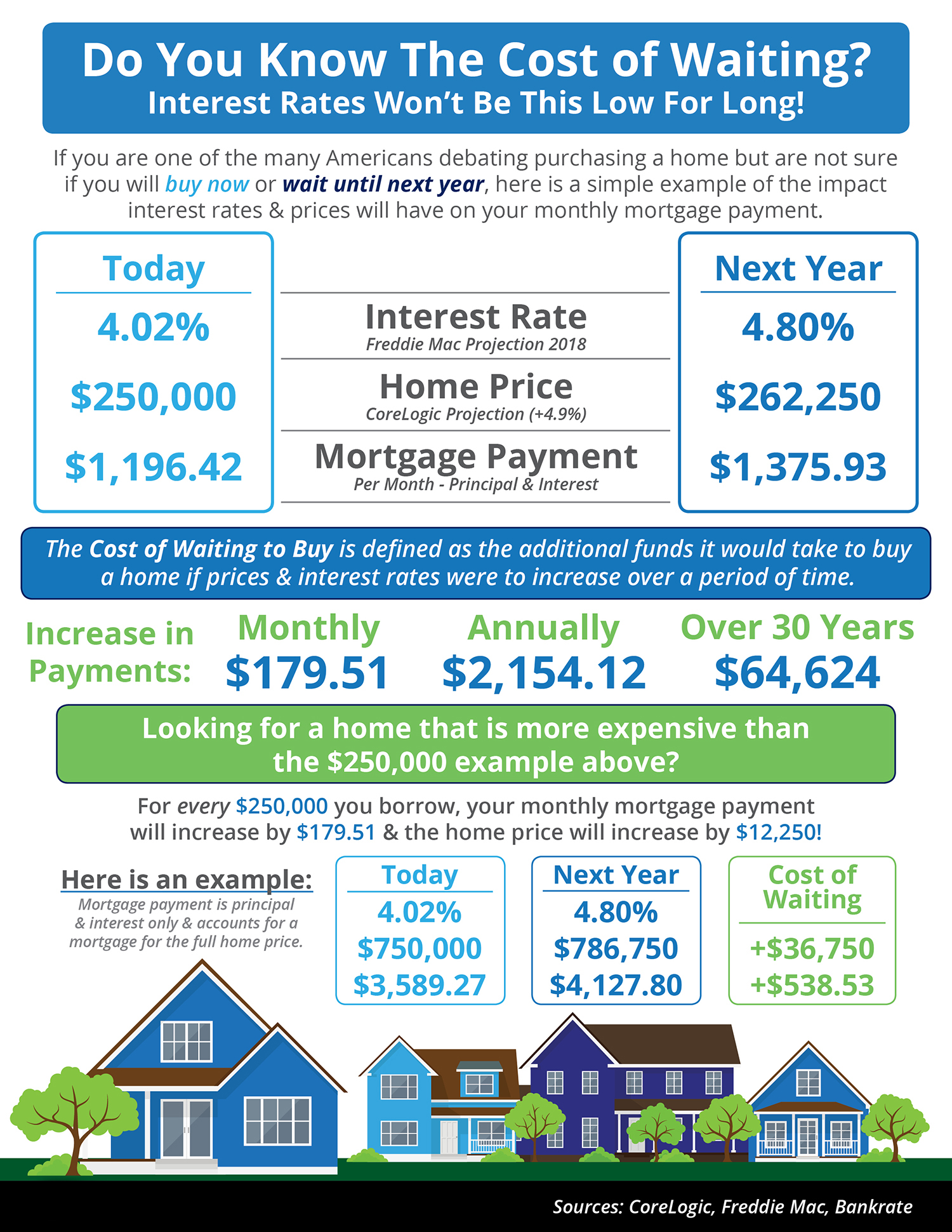 We're always available to help out, get in touch with us any time, or shoot us an email.

Please provide your name and email